Some History of Designer Breeds and The Problem 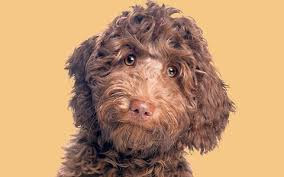 Although the concept is by no means new; many people are discovering that some of the latest breeds of super dogs are not as great as their breeders would have you believe.
Of the "designer dog club" the 'Labradoodle' is probably the most well known. The 'Labradoodle' was originally bred for sight impaired individuals who had severe reactions to dog’s fur. This new hybrid aimed to combine the intellig
ence of the Labrador with a non-shedding poodle.  However you may or may not have a puppy that will be non-shedding.  Labradoodles have been around for over 20 years and are gaining recognition.
But the term 'designer mutts' can be used to describe any number of endless combinations of dogs who have been bred for particular valued qualities. Ever thought about owning a Dorgi? That's a cross between a Corgi and a Dachshund. How about a Puggle? That’s a cross between a Beagle and a Puggle. There are many variations on breeds with poodles now too. This often results in comical names - the Corgi Poo; or the Shih Poo, the variations are endless.
Hypoallergenic, intelligent and some say healthier than average - these dogs are becoming popular throughout the world.
Yet the American Kennel Club refuses to accept these new breeds. The American Kennel Club (AKC) recognizes 153 breeds at present; and says that these dogs don't meet their criteria.
The American Hybrid Club seems to be the answer for the breeders who are rallying to have their new combinations recognized. They argue that in fact all dog breeds exist as a result of some kind of experimentation with mixing breeds.
There are many inherent dangers associated with mixing breeds that would never have bred naturally. The main problem is that you never really know exactly what you will be getting. Most often you can learn a great deal about a dog by the look and temperament of their parents - but with these dogs there is no way to tell if you will end up with a mouse sized dog - or a dog the size of a small donkey.
And it's not just looks. You might be unpleasantly surprised to find that your new puppy has the temperament of a hostile dictator; or worse is very aggressive. These are serious faults; especially if you intend to introduce your cute new 'Schnoodle' (a mixture of a Schnauzer and a poodle) to your kids you never know what might happen.
Is that really a chance you want to take?
Also, these new breeds are by no means considered cheap. You could get an equivalent mix at a shelter for free. But some breeders are charging thousands of dollars for dogs they cannot personally guarantee.
They claim these dogs take the best of both breeds. But there is an equal risk that the dog can end up with the worst from breeds. This seems like a staggering chance to take.
In an attempt to create super dog these breeders are using breeding techniques that seem strangely unnatural. Certain Bulldog combinations always require artificial insemination for successful mating to occur. And you can't count on Caesar section.
Many of the crossbreeds are bred for profit. Unscrupulous practices which lead to fashion item dogs will create a host of problems for future generations.
If you have your heart set on a designer dog bear in mind you might end up paying more in vet bills. Your puppy will need a vast array of tests.
There are many well-established variations. Purebred dogs have a proven track record. You can say with greater certainty what your Labrador will look like. You will also have a greater idea of what kinds of health problems to expect in your Dachshund.
You can also find adult crossbreeds in a number of places. Adult dogs are often a good choice for families who have children or who need to be sure of the dog’s temperament. And of course giving a loving home to a homeless dog is always a good thing.
If you have your heart set on one of the new crossbreeds; try to learn what you can before deciding on the particular dog or cross.
تعديل المقال
الأقسام dogs